This page shows the latest, most interesting concepts and reports of Objective Europa.

On the Physiology and Chemistry of Europa 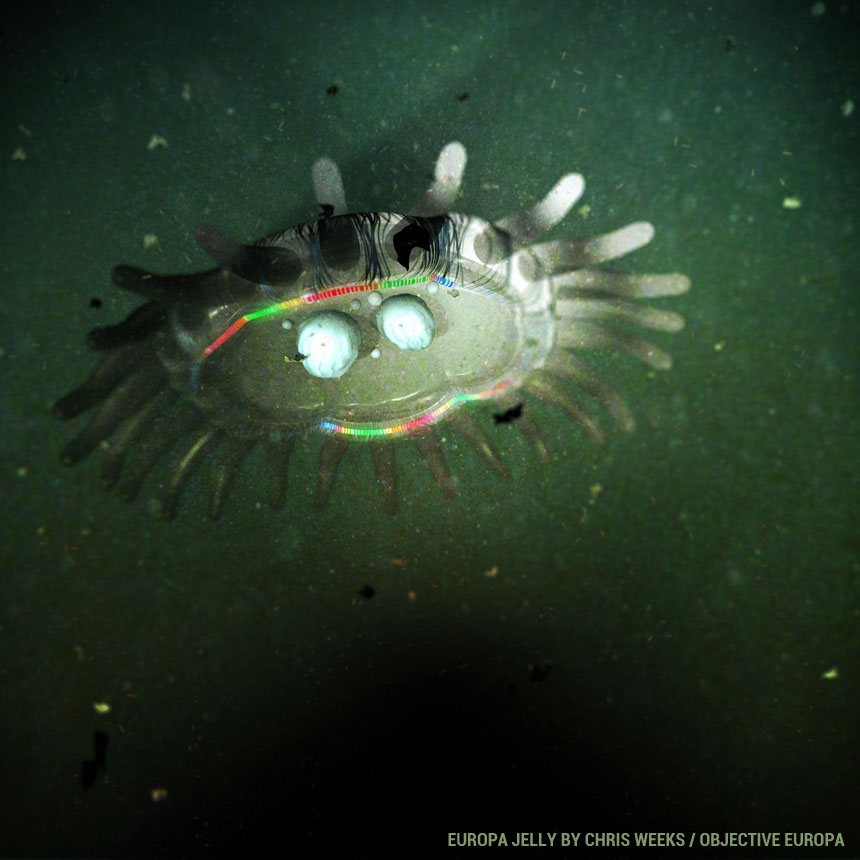 Europa comb jelly depicts a hypothetical life-form that could potentially exist in the oceans of Europa. Comb jellys are some of the simplest multicellular organisms that exist on Earth. In fact, jellyfish are actually large species of plankton, referred to as “megaplankton”. Because of this, astrobiologists believe that jelly-like organisms would be among the likeliest life-forms to develop on other worlds. Given the correct environment, theories of convergent evolution predict that such organisms are likely to exist and are likely to display traits, such as bioluminescence, that are analogous to those of similar life-forms on Earth. This image depicts how one might appear from the viewpoint of a submersible vehicle shining its headlamps on it. Also depicted is an environment of biological detritus that would be required to sustain this creature. By Chris Weeks / Objective Europa 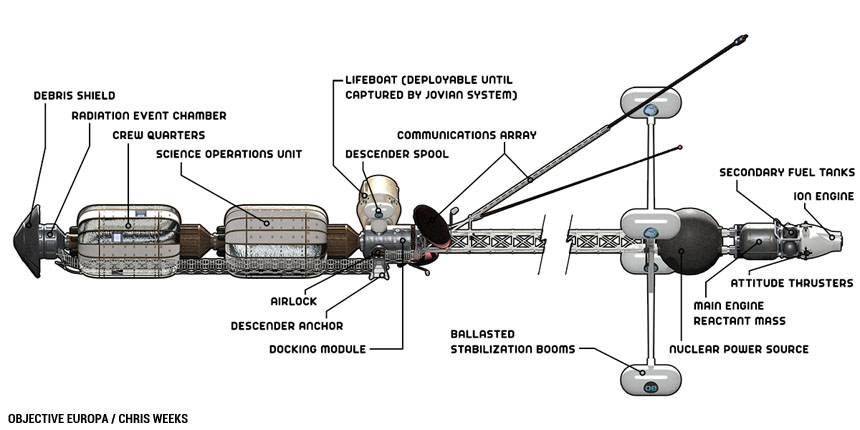 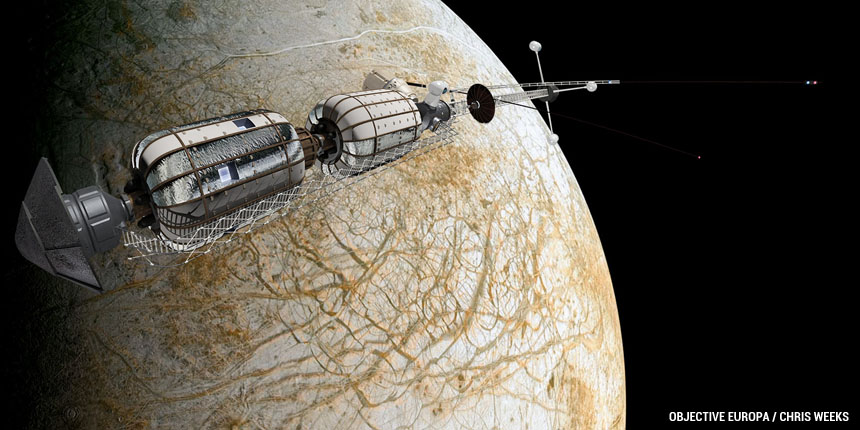 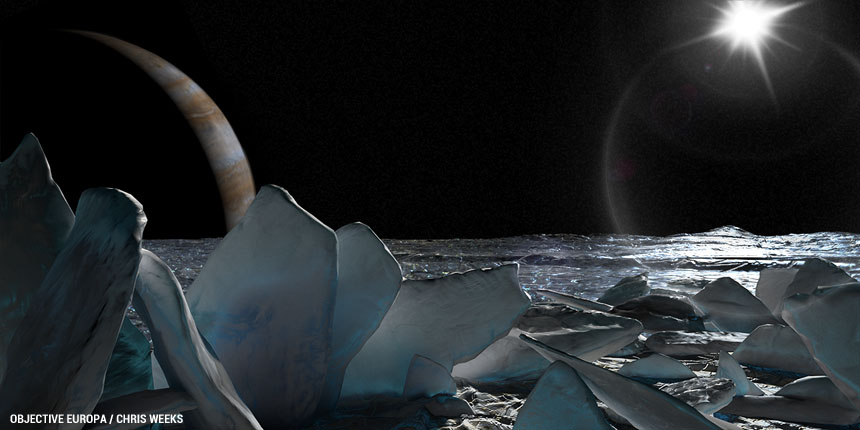 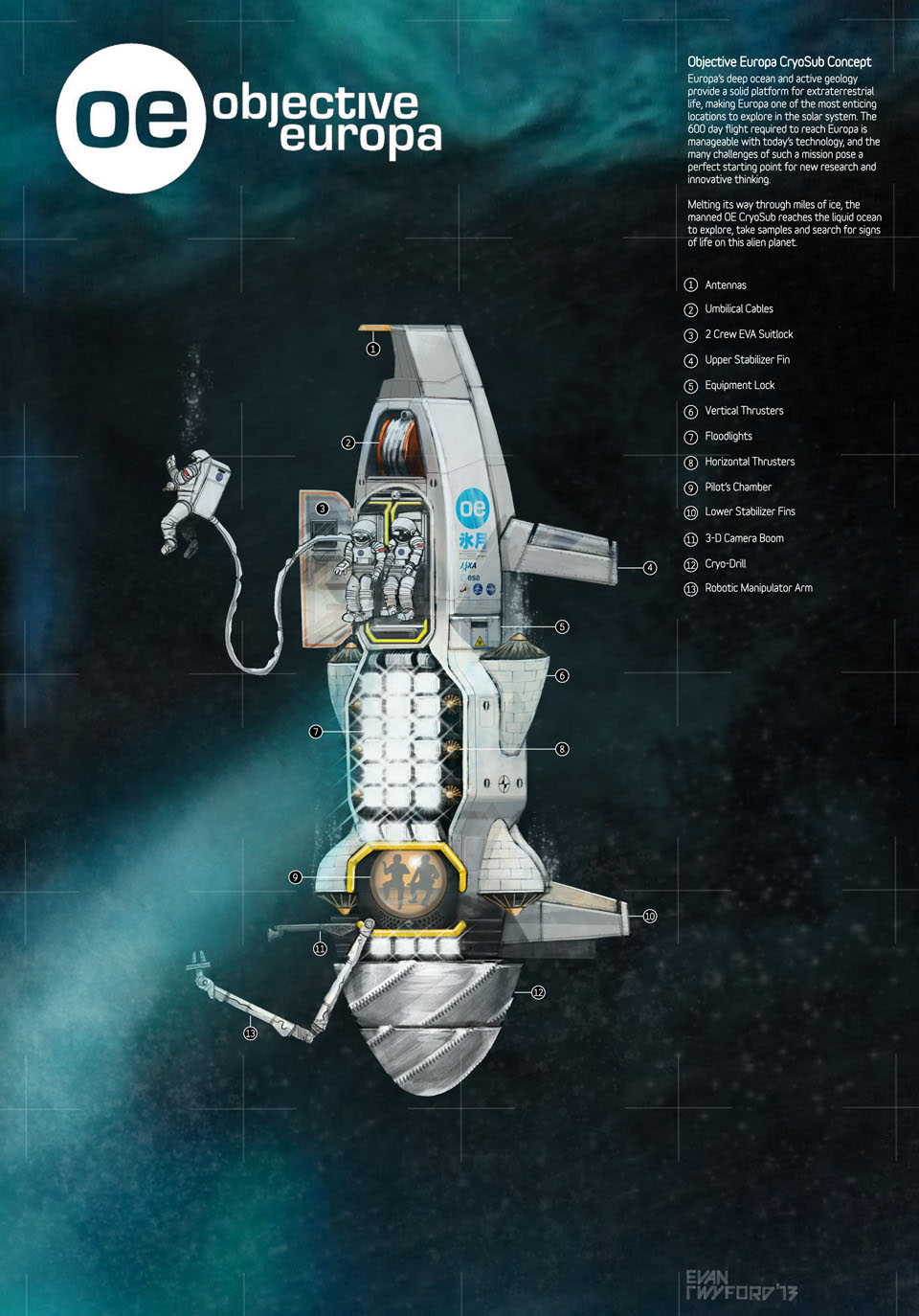